From Wikipedia, the free encyclopedia Jump to navigation Jump to sea Clara Hapgood Nash, ca. 1893. Clara Holmes Hapgood Nash (January 15, 1839 - March 18, 1921) was an American lawyer who was the first woman admitted to the bar in New England (Maine).

In 1846 the family moved to Acton, the hometown of both of Clara's parents.[2] Due to ill health, her early schooling was frequently interrupted, but she eventually graduated from the State Normal School in Framingham, after which she became a teacher in the towns of Acton, Marlborough, and Danvers.[1][2] She also edited a pro-temperance publication, The Crystal Font.[2]

In 1869, she married Frederick Cushing Nash, a Maine lawyer who taught for a time in the nearby South Acton school district. They had a son, Frederick Hapgood Nash.[1] 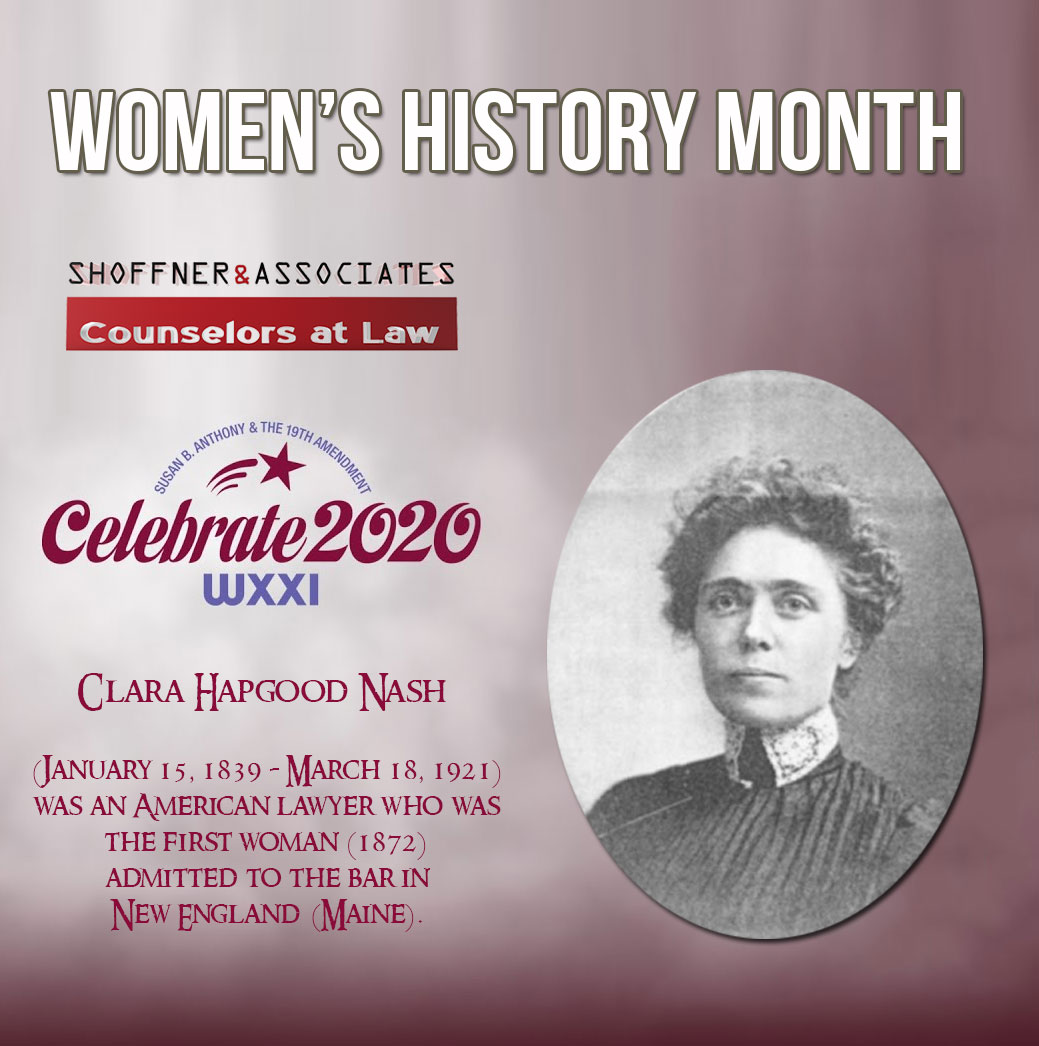